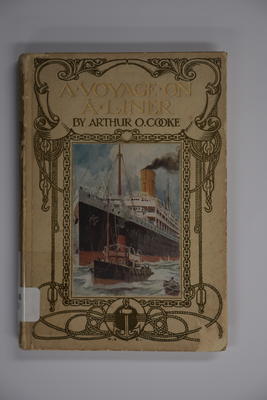 Book: A voyage on a liner / Arthur O. Cooke.

Description
Describes a voyage in 1912 on a steam ship from Liverpool to West Africa. A fictitious name CALABAR is given to the vessel in the book, however from the information in the book it is mostly likely that the vessel is actually FALABAR. Source: The Elder Dempster fleet history 1852-1985.

Book: A voyage on a liner / Arthur O. Cooke.