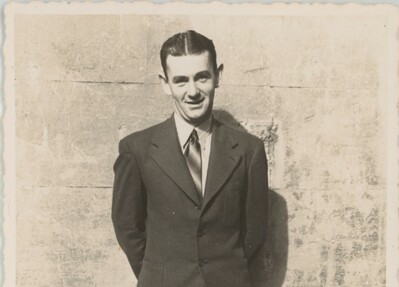 Gratton J. (Colin) Grey was taken prisoner of war in 1942 when the New Zealand Merchant Navy vessel MV HAURAKI (1922) was captured by Japanese forces during World War II. He was held in Changi Jail in Singapore until his repatriation, returning home to New Zealand in 1945.

The archives show an extended network of family members, governmental departments and, in some cases, complete strangers working to keep communications alive between imprisoned seafarers, such as Colin, and their families.

For his loyal service he was decorated with nine World War II medals and returned to sea with the Mercantile Marine in 1946, serving on board the sailing ship PAMIR (1905). Clipping: Prisoners of War, Cost of Messages to Japan